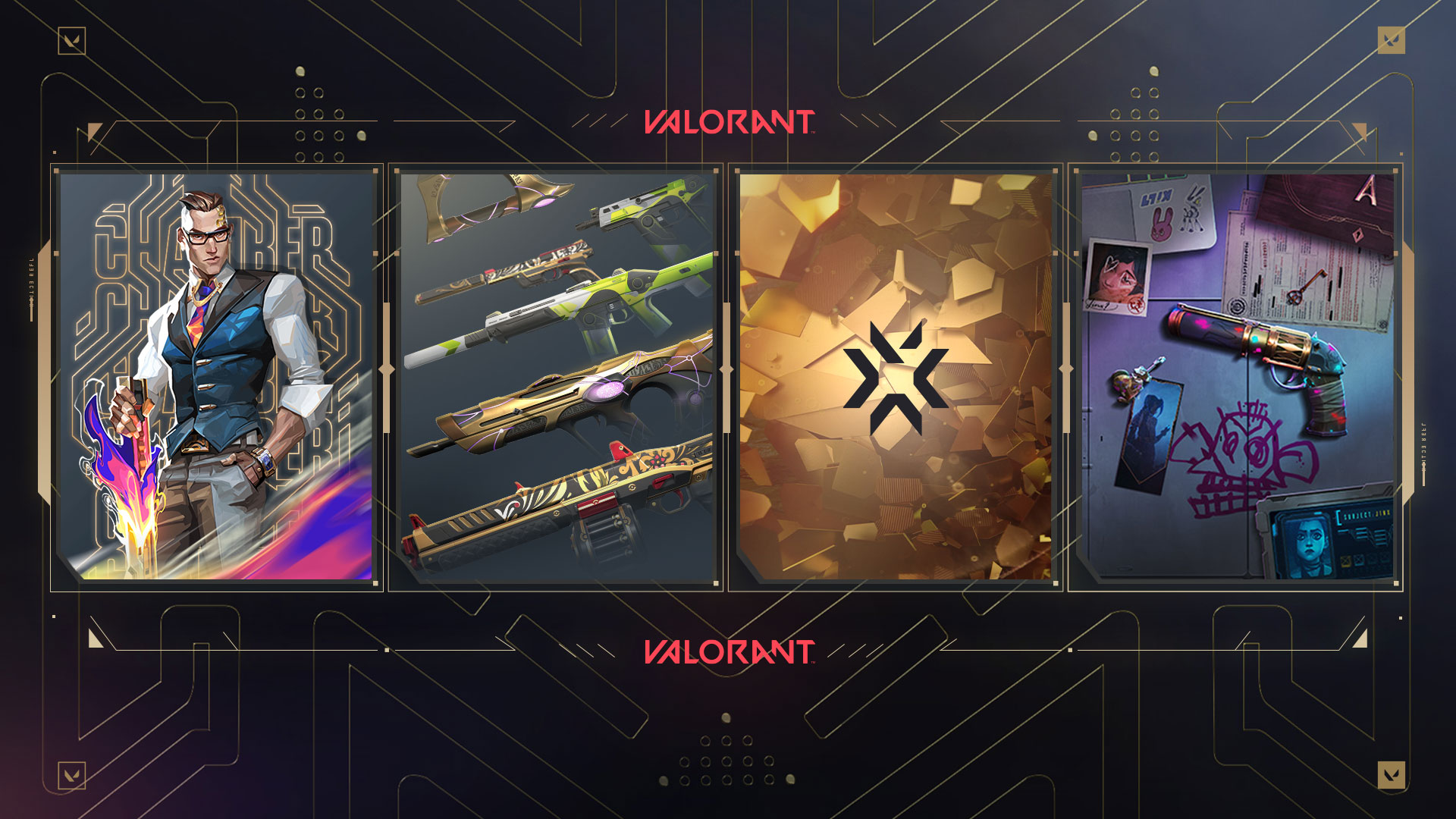 World’s collide to shatter the REFLECTION when VALORANT Episode 3 Act III closes out the year.

Celebrate the premier of the Arcane animated series with additions to your VALORANT collection and bring your Sunday best to take on the new Sentinel Agent, Chamber (November 16). Also, pick up the Radiant Crisis 001 skin bundle, a tribute to the colorful comic book pages that used to line every newsstand.

There’s a fresh 10 weeks to earn enough XP to unlock new items, including the Aero Frenzy (with variants!) or the Plant Plant Spray. Select the Premium option to play for goods like the Dumpster Fire Gun Buddy or Genesis Arc Melee.

Triumph over evil on the world’s darkest day with the latest skinline, Radiant Crisis 001—inspired by the comic books that made legends out of heroes. Look for it at your local VALORANT in-game store!

Not long after the start of Act III, use his custom arsenal to counter any plan when you trap foes, confuse the enemy of your whereabouts, and pick them off from afar.

Some new additions arrive to the Competitive experience to help you earn your best rank. Starting with Patch 3.10, the 5-stack is back for anyone of any rank—with a tradeoff of earning slightly less Ranked Rating—while the 4-stack gets the boot in the Competitive queue.

You watched challengers rise and masters fall. Now 16 teams will compete in an international double-elimination tournament, and it’s all to become the VALORANT World Champions.