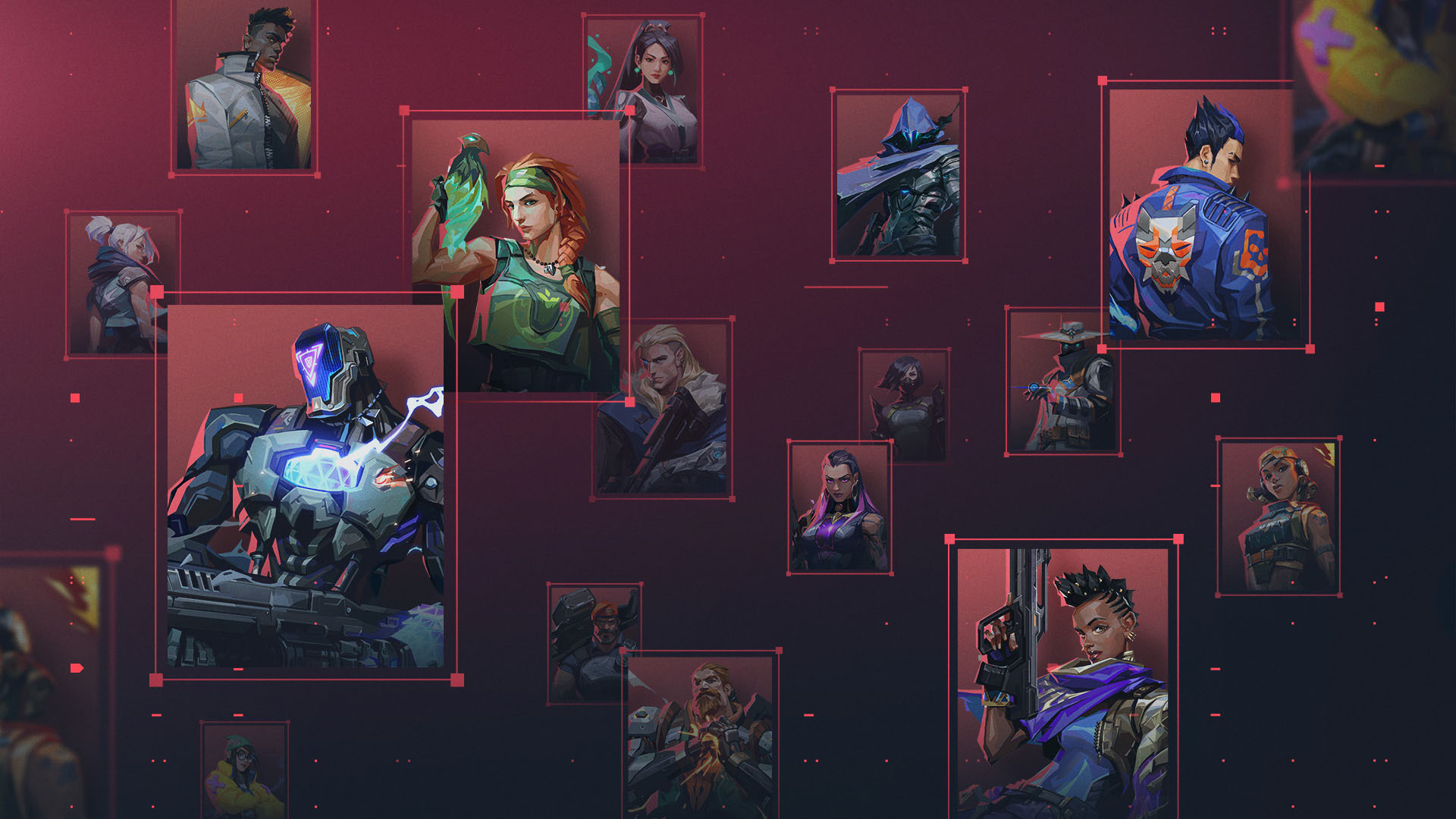 VALORANT has posted a ‘State of the Agents’ September update, featuring various Agent Designers. Check out the blog post below:

Hello everyone, it’s John Goscicki again dropping another State of the Agents for the year. This time it’s like a collab double album featuring a few of our Agent designers: Alexander Mistakidis, Dan “penguin” Hardison, and Ryan Cousart.

This year, we’ve made some of our biggest Agent updates since Patch 3.0. So today we wanted to dedicate more words than usual to share insight on some of the different lenses we use to drive balance changes, with special focus on player perceptions of our Agents, and how we factor perception with the information we get from quantitative sources like win and pick rates.

With the Agent changes we’ve made this past year, we’ve seen a bit of movement in role diversity, specifically, the Initiator role. With the addition of Fade, we’ve seen competition among picks when compared to previous months where Sova dominated the recon space.  While we’re happy to see players have another choice in the role, we also think there are areas—like clearing spaces—where she’s potentially overperforming, so we’ll explore potential tunings to her utility.

Breach’s strength on Fracture has upped his pick rate, and KAY/O is starting to rise in Competitive play. A few key Agents are also starting to sprout in power—some in healthy ways, and other in ways the team wants to address.

You’ve likely noticed Chamber overtaking the Sentinel role, pushing his peers further behind in their presence. Although we’ve shipped some incremental Chamber updates to address this, the results in competitive and watching Champions show there is still work to be done here and will continue to be a focus for us moving forward.

This brings up the topic we want to focus on with this post: How do we decide when an Agent needs a change and monitor if we’ve hit the mark with these updates? When we approach Agent balance, we employ multiple lenses to help drive what changes should be made and their goals. That is to say, there is no single metric that tells us to act.

Here’s a quick overview of some of these lenses that we commonly leverage:

When we look through all these lenses simultaneously, they often tell us conflicting stories. A large part of our job is analyzing what each one is actually telling us. We then use the right combination of lenses and questions  to build confidence in the direction of any proposed changes before testing them and sending them out to the live game.  After they go live, we keep a close eye on the impact the update had on all our balance lenses and how players change their behavior while learning and mastering a new patch.  With this retro, seeing things in the live game and how players interact with changes helps us grow our own understanding of the game to guide our future updates.

Hey folks, Alexander here to speak a bit more about balance perception. As we shared in our How We Balance VALORANT article: our job with VALORANT balance is to provide an experience that is fair for every player.

In pursuit of that, one key area we think about a lot is how players are perceiving and experiencing the current balance of the game. When us designers want to improve game health and solve balance issues, we need to understand that meta through player sentiment, data analysis, and design discussions about the current power and intended power.

For the VALORANT team, how players perceive the balance of the game is as important as the true numerical balance of the game. This doesn’t mean we’ll balance things based on shallow outrage or bad faith takes, but we do make balance changes based on how players are actually playing the game. The balance is informed by the meta, the collective choices of our players. The meta of how players play VALORANT varies by region, by skill, and more. The meta is like a living culture that shifts patch to patch, and effective improvements to VALORANT are ones that make an impact on it for the better.

After a patch, it takes many weeks for players to adapt to new changes, which means we have to be patient to understand how player behavior changes over time. It’s not only about spreadsheets and math equations that make a perfectly balanced game. Some games that are balanced are not fun, and some balance changes ruin what player’s love about the game. We try to avoid those.

In fact, some changes could make the game more balanced but don’t actually change how the game is played. For example, if we make an Agent more powerful, but players don’t perceive it to be strong and then don’t play it—we actually have a worse problem. We’d have a relatively strong character with low pick rate, and we wouldn’t have much room to buff them more to convince players otherwise (*cough* Brimstone). To this end, we are aiming to make the Agents more balanced with updates, but we also are aiming to inspire players to change their perception of the game’s balance and evolve the meta themselves.

Penguin here! While Alexander mentioned in the above section that we balance our game for competing audiences, I thought it would be interesting to shed some light on some spicy data that shows how perception doesn’t always match reality as far as power is concerned for ranked, even amongst our best players.

The team isn’t sharing this just for Twitter trivia. Try to apply what Alexander talked about when reading these “fun facts.”

The philosophy in Alexander’s blurb above is why we haven’t shipped large buffs to KAY/O despite him being one of the weakest by-the-numbers win rate Agents in the game for most players. Our data indicates his abilities are powerful, pro players are able to utilize him well, our players in surveys don’t think he’s weak, and additionally he just doesn’t feel weak to any of the VALORANT design team when we play the game ourselves. Any changes we make to KAY/O would just aim to make him more intuitive and accessible without increasing the optimized potential we see in professional play.

On the opposite side of the problem, there’s Chamber.

While Chamber’s ranked stats are nothing to be alarmed about in terms of win-rate, the effect he has on the ecosystem is negative: his pick-rate goes dramatically up as players get better at the game, perception is clearly that he’s too powerful, and he’s a must-pick on many more maps than we’d like in Pro Play—so on the power front, we’ll nerf Chamber in ways that should make drawbacks of picking him sharper with the intention that our best players shouldn’t always gravitate towards Chamber.

As mentioned above, even though we had updates to Chamber in 5.03, he’s still a focus for the team moving forward.  We’ll be further exploring some changes that we were hesitant to make right before Champions and focusing on creating meaningful counterplay options for his Rendezvous.. At the same time, we’re looking closely at Cypher to figure out what updates he might need to find his proper spot on the Sentinel roster.

We also shipped some Phoenix changes in Patch 5.01, so I wanted to go over how those have landed.

So far, Phoenix is looking pretty powerful—at least as far as winning in ranked is concerned! His flash is one of the strongest in the game now by our metrics. It’s too early still to say if Phoenix will have a stronger place or impact on the pro ecosystem, or if his level of performance in ranked will sustain over time, but early signs are promising that picking Phoenix is no longer a gamble.

For the future, we’re also looking over the flash landscape in general to sharpen what the correct strengths and weaknesses are for our flashing Initiators versus our flashing Duelists.

WHAT YOU’RE ALL HERE FOR

Hey all its John “RiotMEMEMEMEME” Goscicki back again, the designers let me swim in at the end here (ty design crew<3). It’s been a minute since we talked about new Agents, so we’ve got some tidbits here for you about Agent 21.

As the game has evolved with shifting metas, new maps, and an increase in general game knowledge, we’re always identifying potential new opportunities for Agents 12–14 months ahead of time. We have seen that Controllers are in a bit of a drought, and it feels like we have to go all the way back to ancient times to our last new Controller release with Astra. Aside from Viper, introducing Controllers that can cover large open areas is a blue ocean of opportunity.

We’ve let this soak long enough, and Agent 21 is almost ready to go out. I don’t want to flood you with too much information in this blurb here, so I’ll hold off on saying much more.