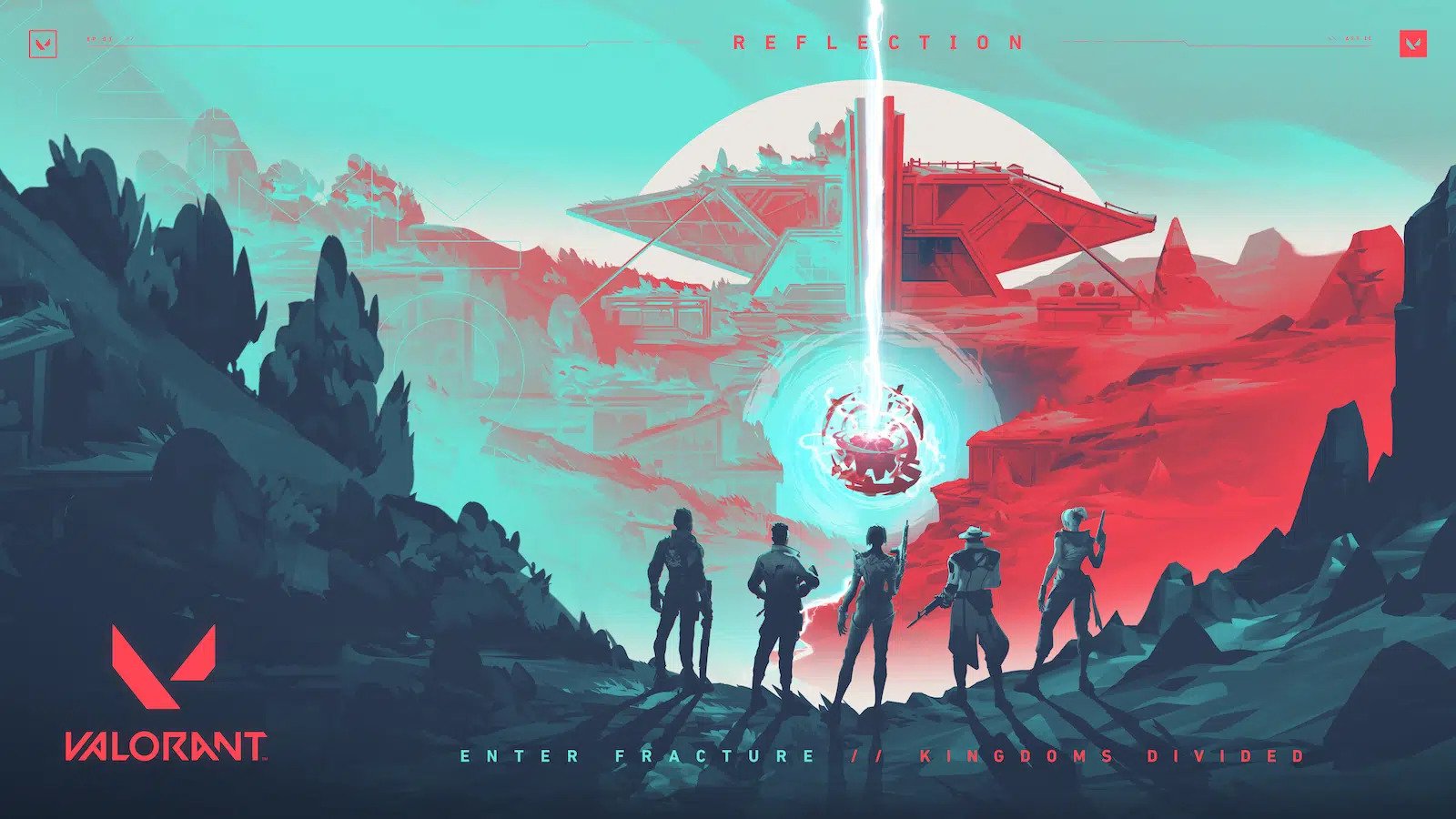 Riot Games has released a teaser for new map, Fracture, that is coming to Valorant in Reflection, Act II. Check it out below, and read on for more details.

The Seventh map to join the game is set to release alongside Episode 3: Reflection, Act 2 on Wednesday, September 8th. Like previous new acts, this one will be a big update, featuring a new Battle Pass, and more. However, this time, the new map will be joining the game instead of a new Agent.

Fracture will be the newest map following Breeze, which arrived back in Episode 2, Act 3.

Fracture has an interesting H-shaped layout design, and features long ziplines and neutral spaces, giving players a different experience. Also, unlike previous maps, Defenders spawn in the centre, while Attackers spawn on either side of the map. The map also features two contrasting environments, with the A-Site having a desert-like landscape and the B-Site having a lush green, and foliage scenery.

Brian Yam, Valorant’s Lead Artist, has explained some insight on the story of the map:

In regards to the contrasting environments, Brian Yam explains:

There you have it! Stay tuned for more Reflection, Act 2 Details.