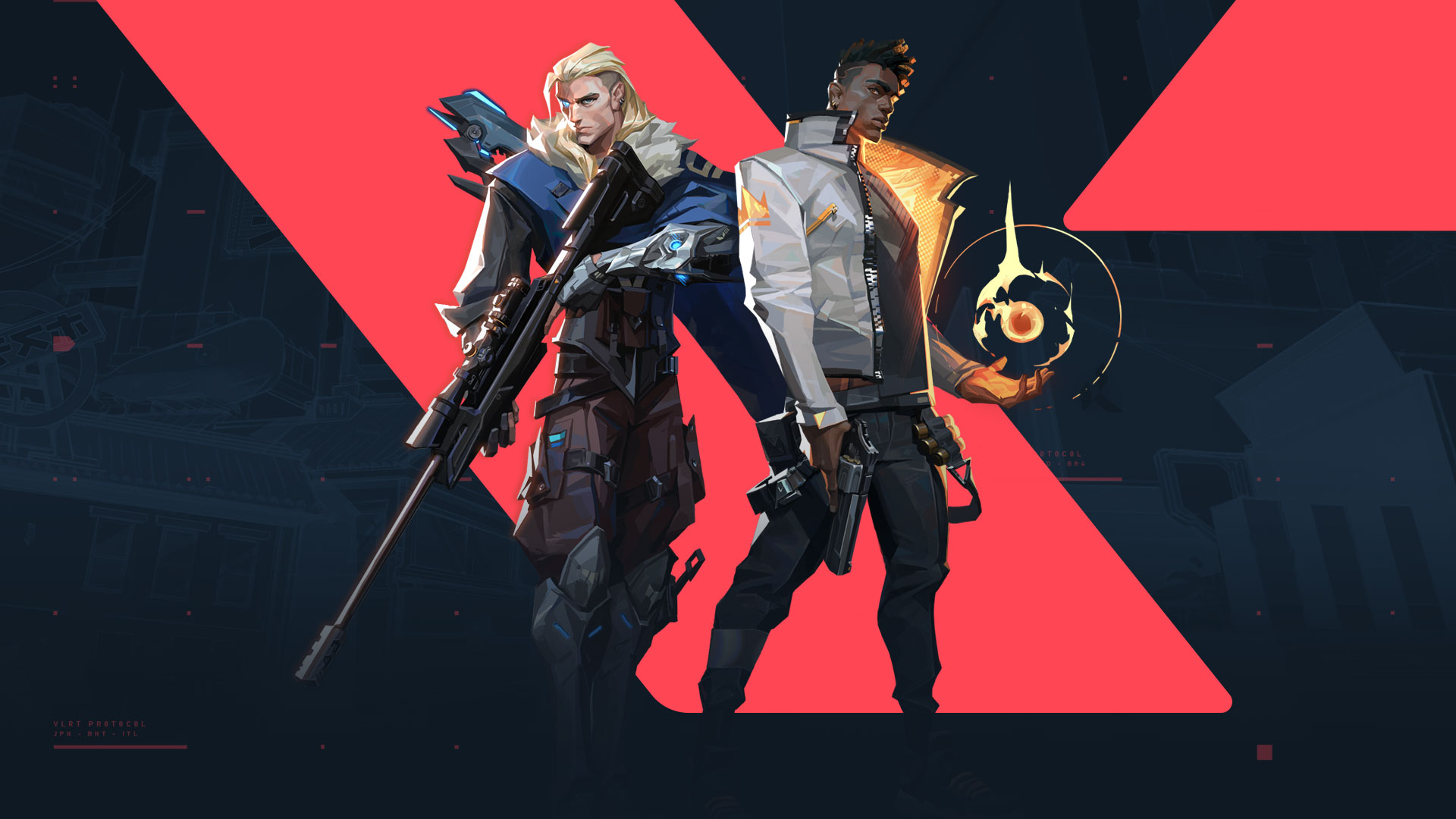 You can stop spamming us now, because Competitive Mode goes live this patch. Most obvious change is that our top rank is now “Radiant” and we’ve added a surrender option, which will come in handy when you start losing to Radiant players.

Tagging, the slowing effect you feel when hit by bullets, has been adjusted, in part to up your chances of escape if you’re near cover. We can’t help you much if you’re dancing in the open.

Lots of love has gone into improving the Menu UI—might be jarring at first, but we believe it’s for the better. It’s worth studying the tweaked areas for all maps, which should relax the desire to exhaust abilities at certain locations. 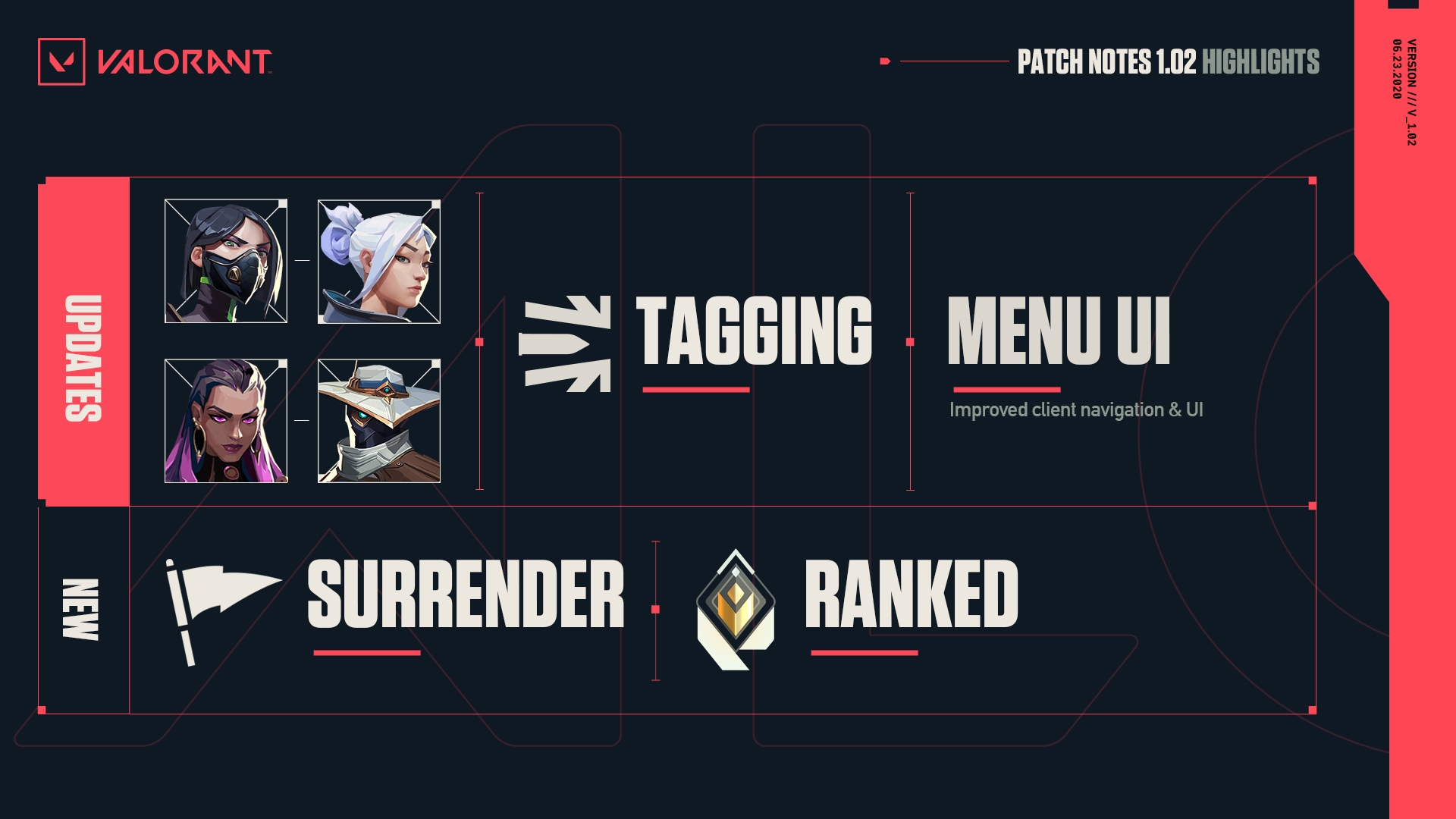 Viper Toxic screen is a potentially-strong vision slicing tool, but its access was well…terrible, making it only useful in a few spots on most maps. This should allow Viper to cut up sights, maps, and other unique areas to either fake or help take ground.

With Viper applying decay on her smokes, but only providing moderate chip damage on her area-damage skill, pushing through it was hard to punish. With Fragile, Viper’s team should have a big advantage on anyone if they fire on pushing enemies

We like Viper’s unique ability to do “one-way” smokes, but some of the locations could create places where it was suicide to push through. An increased window should keep this viable without eliminating the strategy.

The previous tuning for smokes made it far too punishing for players to push through and take a calculated risk—really encouraging them to be used as a powerful defensive stall tool. Pushing through a smoke will still be risky, just more reasonable.

Adjusted numerous locations to allow clearing angles to be a bit more straightforward in the following places:

We’re peeling back a bit on the amount of locations that require ability usage, thorough angle checking or teamwork to clear safely.

The intention is that angles that are more difficult to clear are most commonly found in areas meant to reinforce existing territory control. This is to emphasize ability usage and teamwork in order to reliably gain control of these locations. An added benefit is that this encourages ability usage and combat engagements to be spread out across the map which can help prevent the frequency of scenarios where all of the players expend all of their abilities and ultimates in the same place at the same time.

We’ll continue monitoring how the maps are playing and make adjustments as necessary.

We’ve included a set of menu UI changes as part of our ongoing work to clarify the client experience coming out of Closed Beta. This is only a small portion of the improvements, but should push overall usability in a positive direction.Navigation and UI changes are disruptive, so we appreciate your patience adjusting to the new approach and we hope you find the changes to be upgrades after you settle in.

As always, thank you for your continued feedback. We have a long way to go, but we’ll keep hammering on the client UI until it’s a stellar experience for everyone.

Update to Tagging (slowdown effect when hit by enemy fire)

Tagging is intended to reward the player with better positioning and the player that successfully lands a shot on the enemy first. When tagged, you will now more gradually transition to the reduced tagging speed. In addition, the reduced tagging speed is slightly more forgiving. If you are positioned close to cover, this should allow you to potentially escape when tagged more frequently than before. Also, the effects of being tagged should feel less jarring especially when playing with higher ping.

Tagging through walls has been further reduced which should enable reliable escapes when being shot through walls.

The team primarily focused on smoothing out framerates in certain scenarios. Mostly this helps out mid to high spec machines.